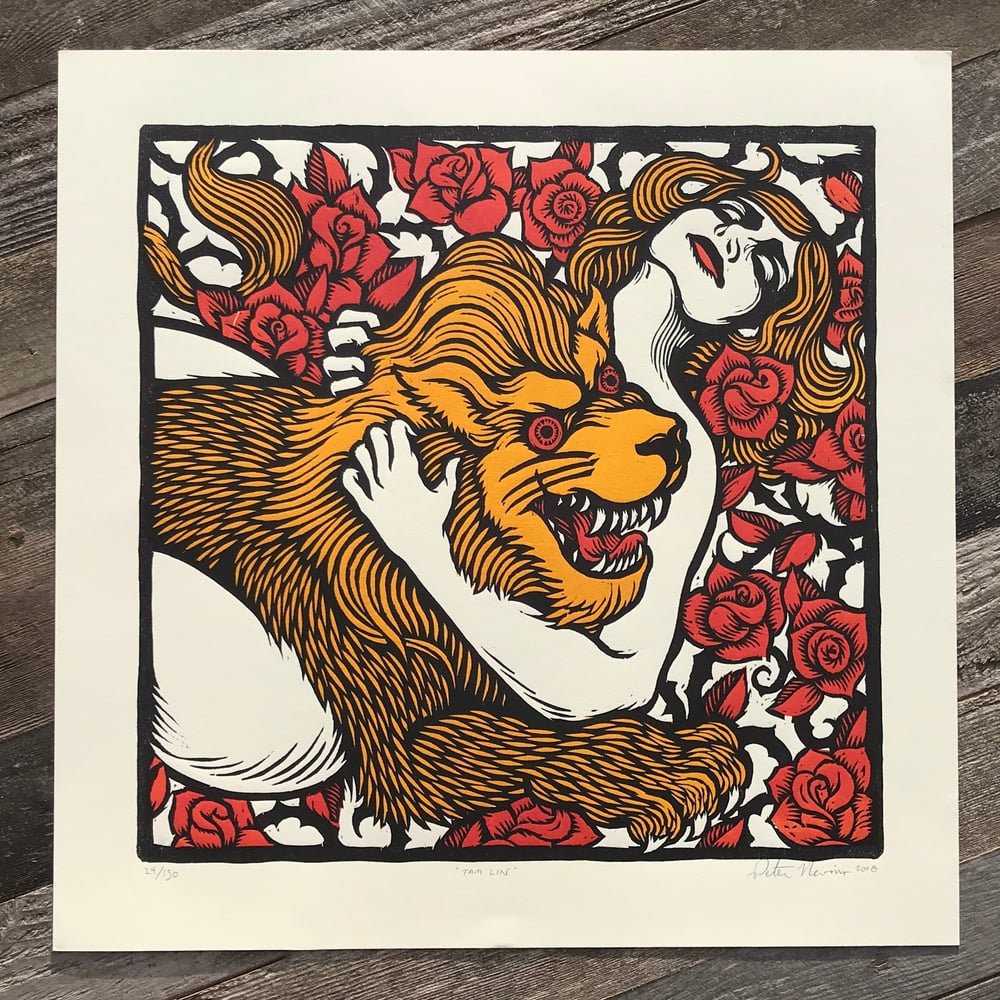 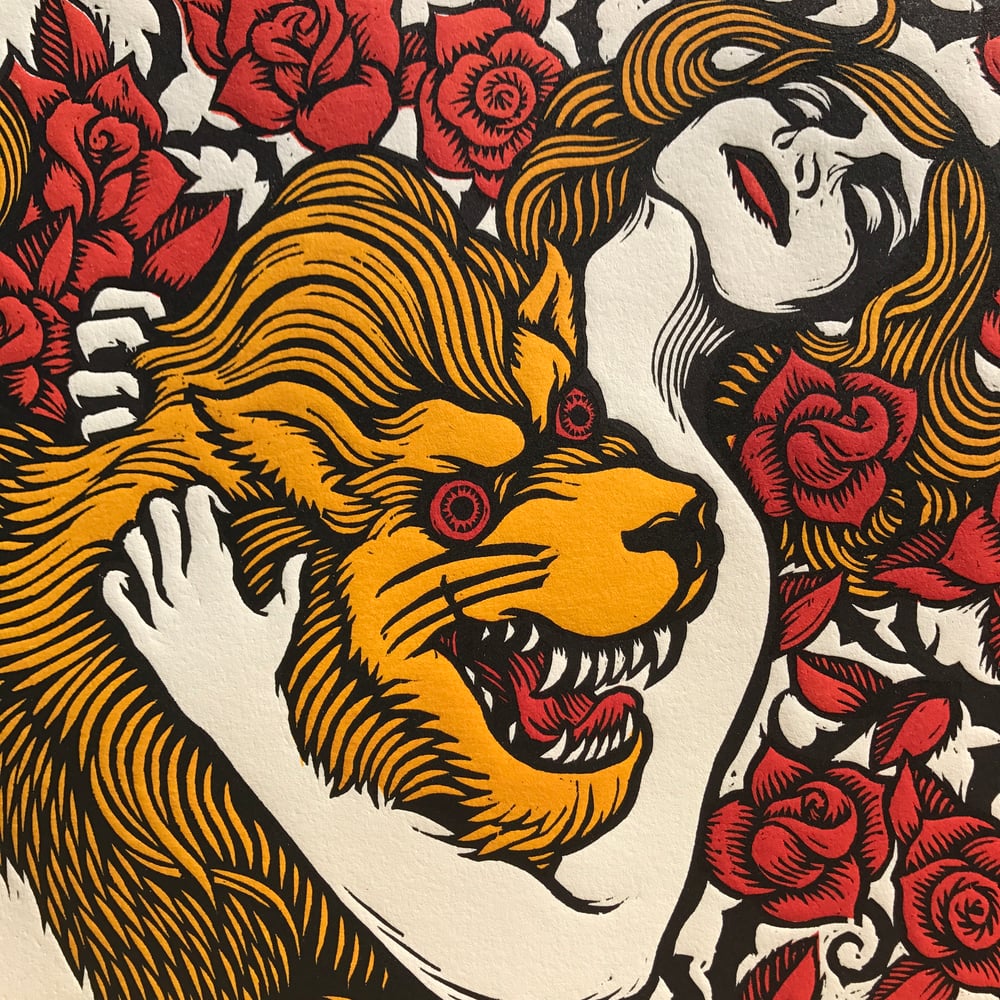 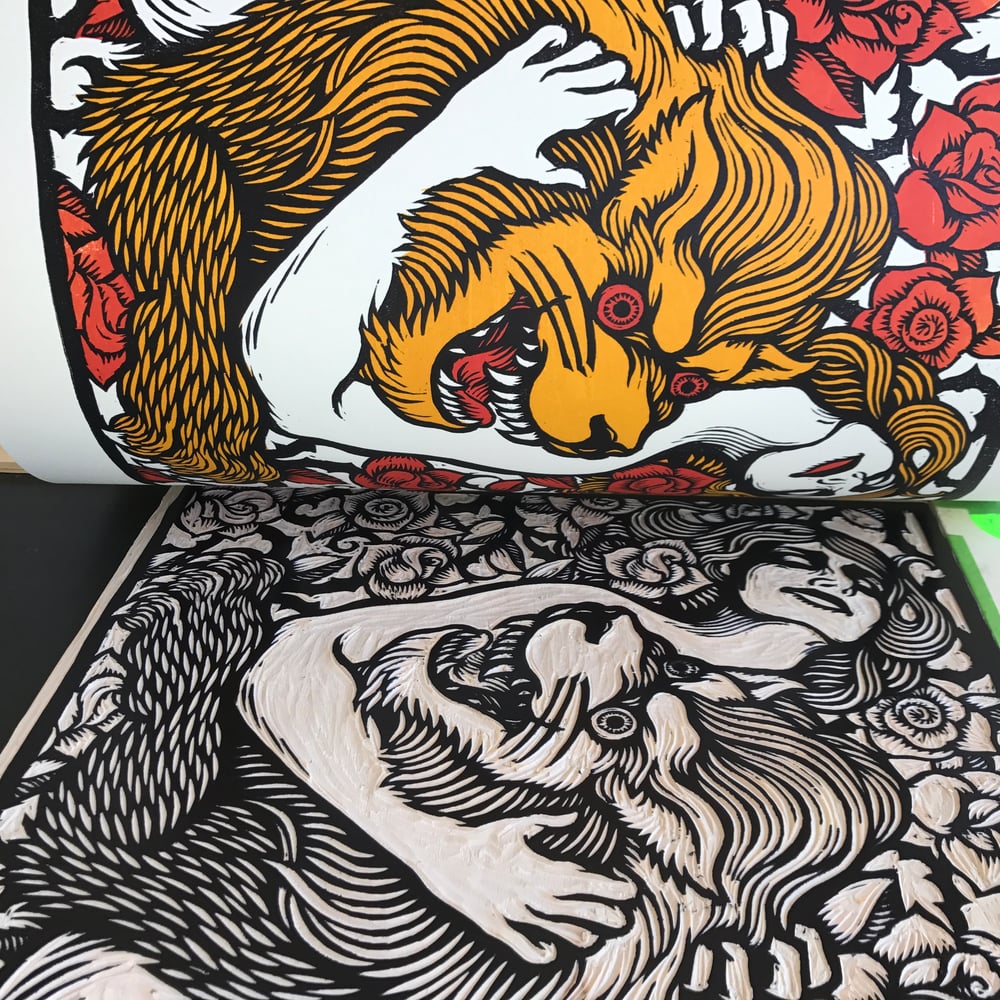 SCROLL DOWN FOR MORE DETAIL IMAGES

Tam Lin is an epic old english folk ballad that tells of a girl (Janet) who must hold onto her lover (Tam Lin) while he is transformed into many fearsome things by a spell he's under. Her love must prove stronger than her fear, if she is to win her lover back from this spell.

Anaïs Mitchell and Jefferson Hamer recorded their new arrangement of this song on their BBC FOLK award-winning album Child Ballads, which has 7 of the 300 or so songs collected in the 1890's by a Francis James Child. They asked me to illustrate each of the songs they recorded. I've now been carving the images LARGE scale in wood.

“And then I’ll change all in your arms

Into a lion bold

But hold me tight and fear me not

And you will love your child.”

It felt really good to illustrate the songs using this technique, which hasn’t changed much since the songs themselves were written. The hand-carved, hand-printed look lends itself to the look of “dark epic tapestry,” as Anaïs called it. Big thanks to Anaïs, Jefferson, and Anaïs’ manager Liz Riches, who helped me hone the ideas.