Anaïs Mitchell's album,  "Hadestown" was nominated for a Grammy in Package Design in 2011. This was an adventure, from the process to the ceremony in LA!

The album is a telling of the Orpheus and Eurydice story, set in a depression era mining company town, and it features Anaïs as Eurydice, Bon Iver as Orpheus, Greg Brown as Hades, Ani DiFranco as Persephone, and the list goes on and on...

Here are photos of the packaging, which was based on my linocuts. 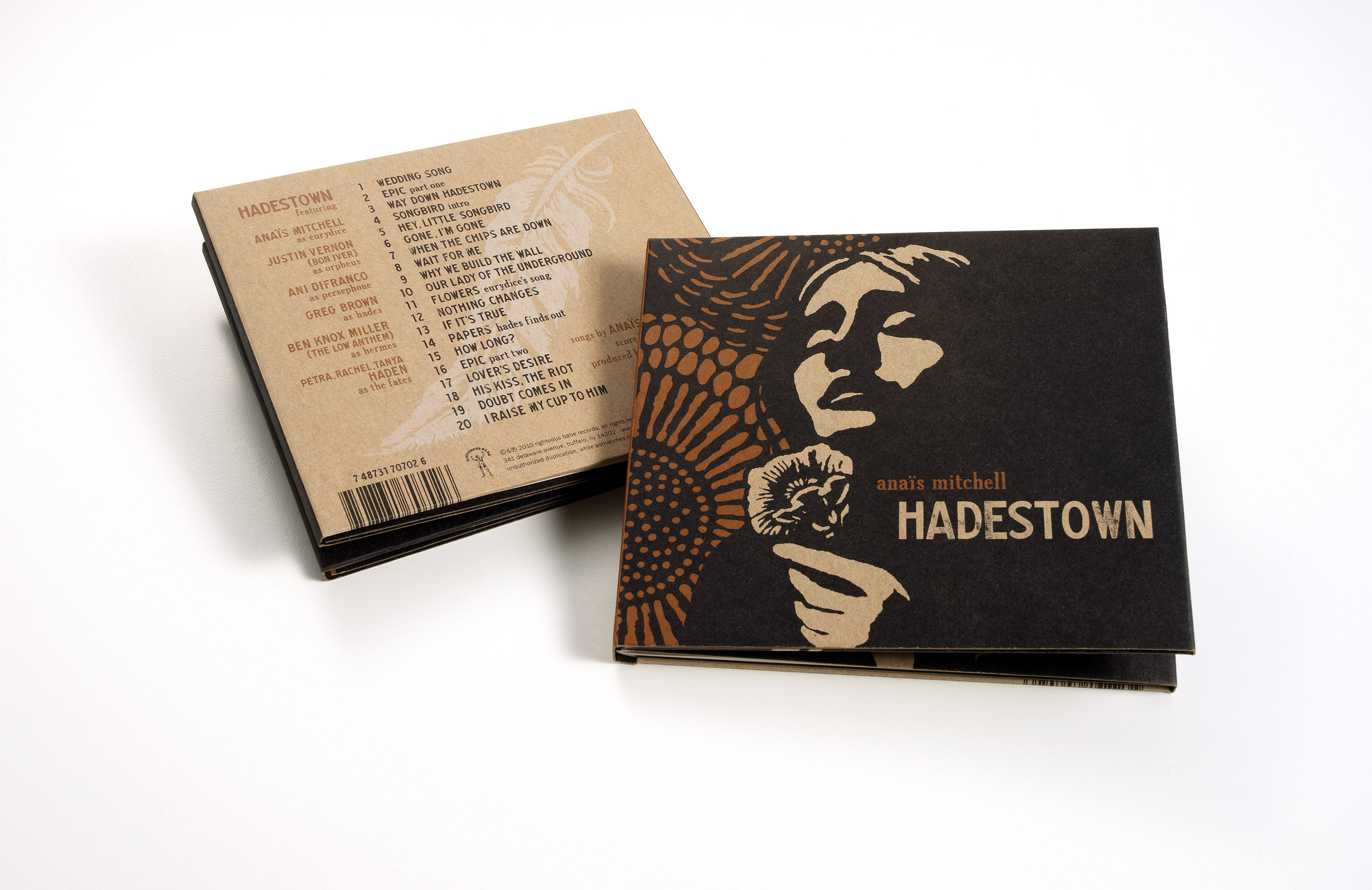 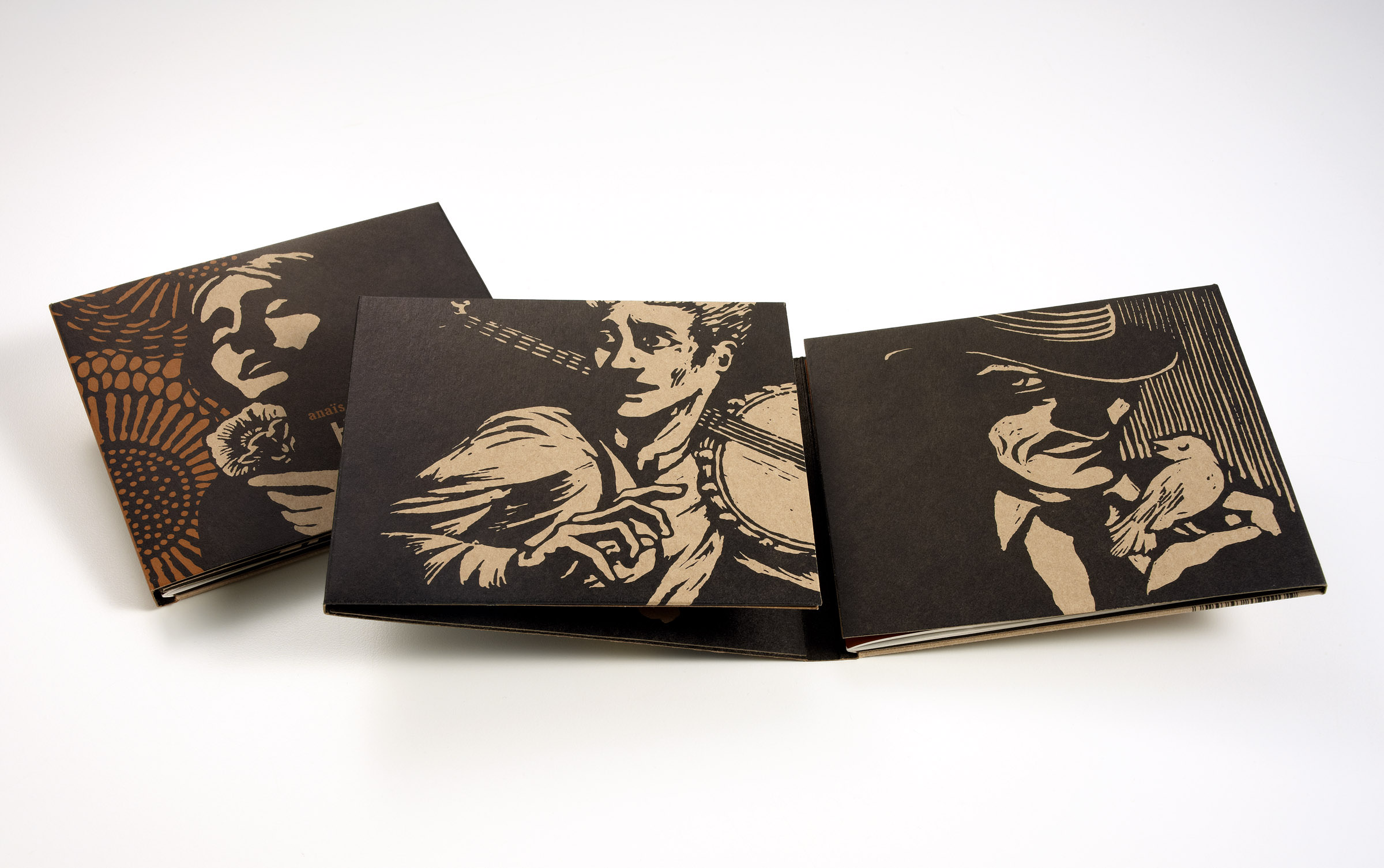 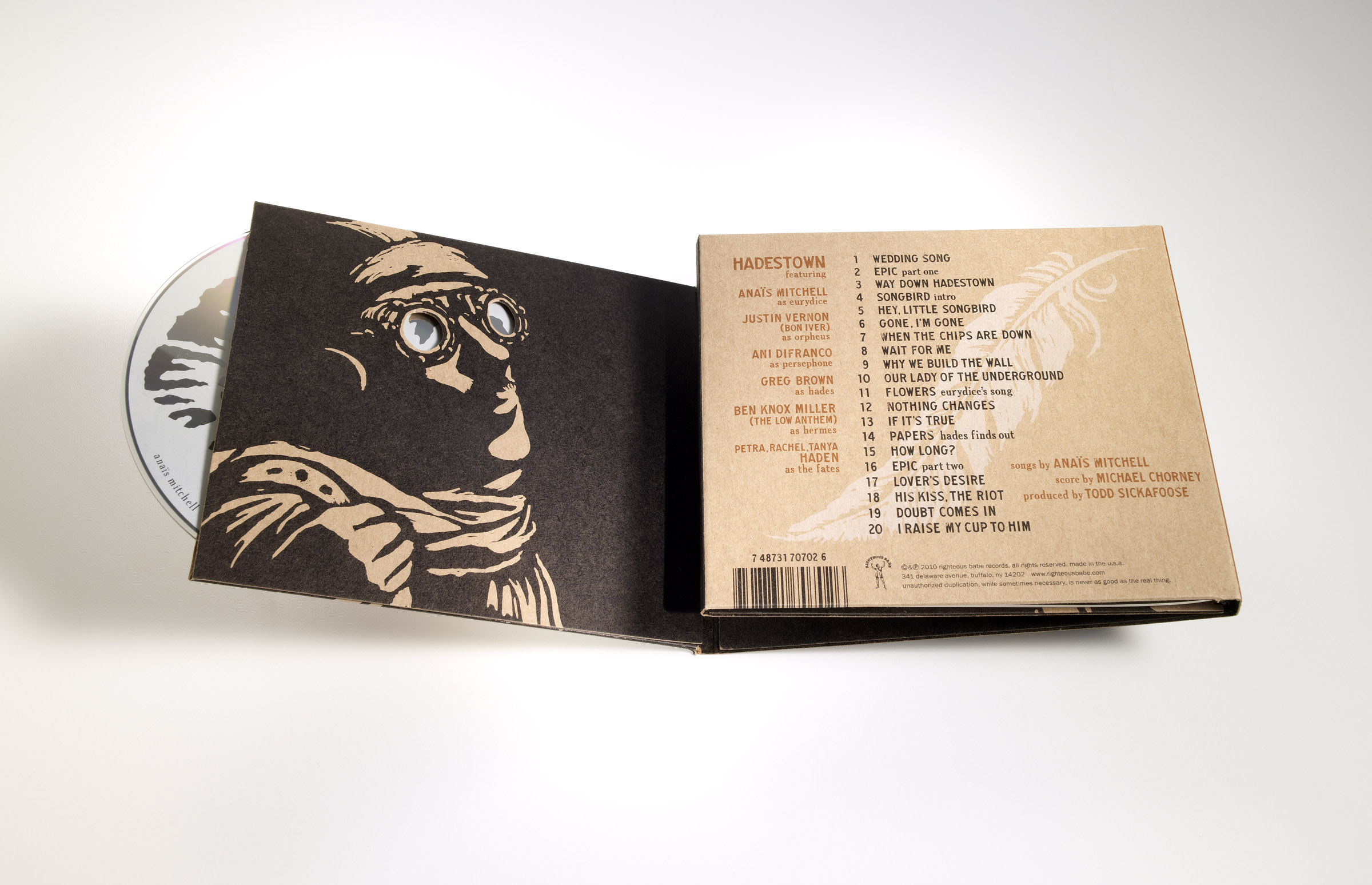 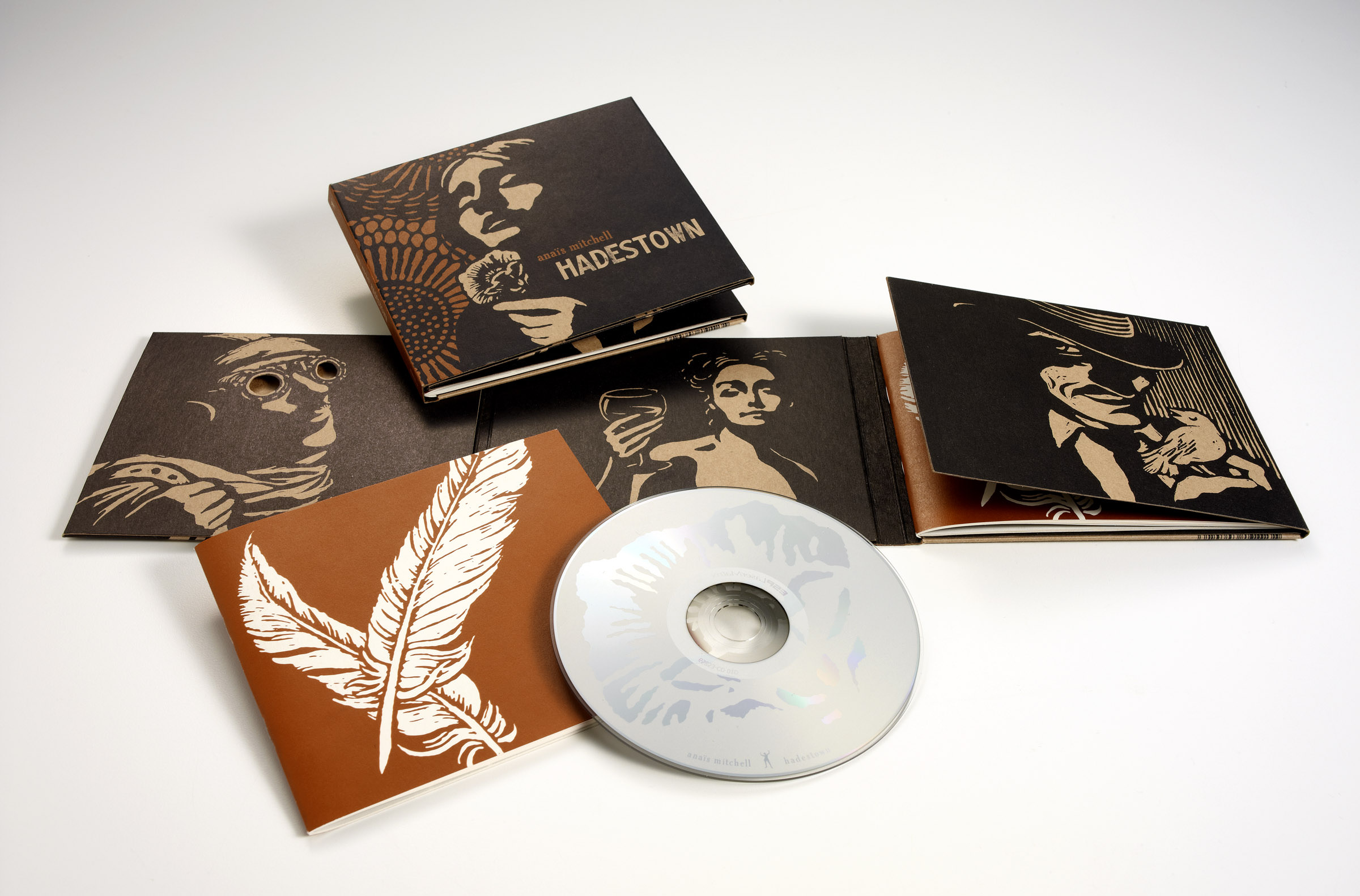 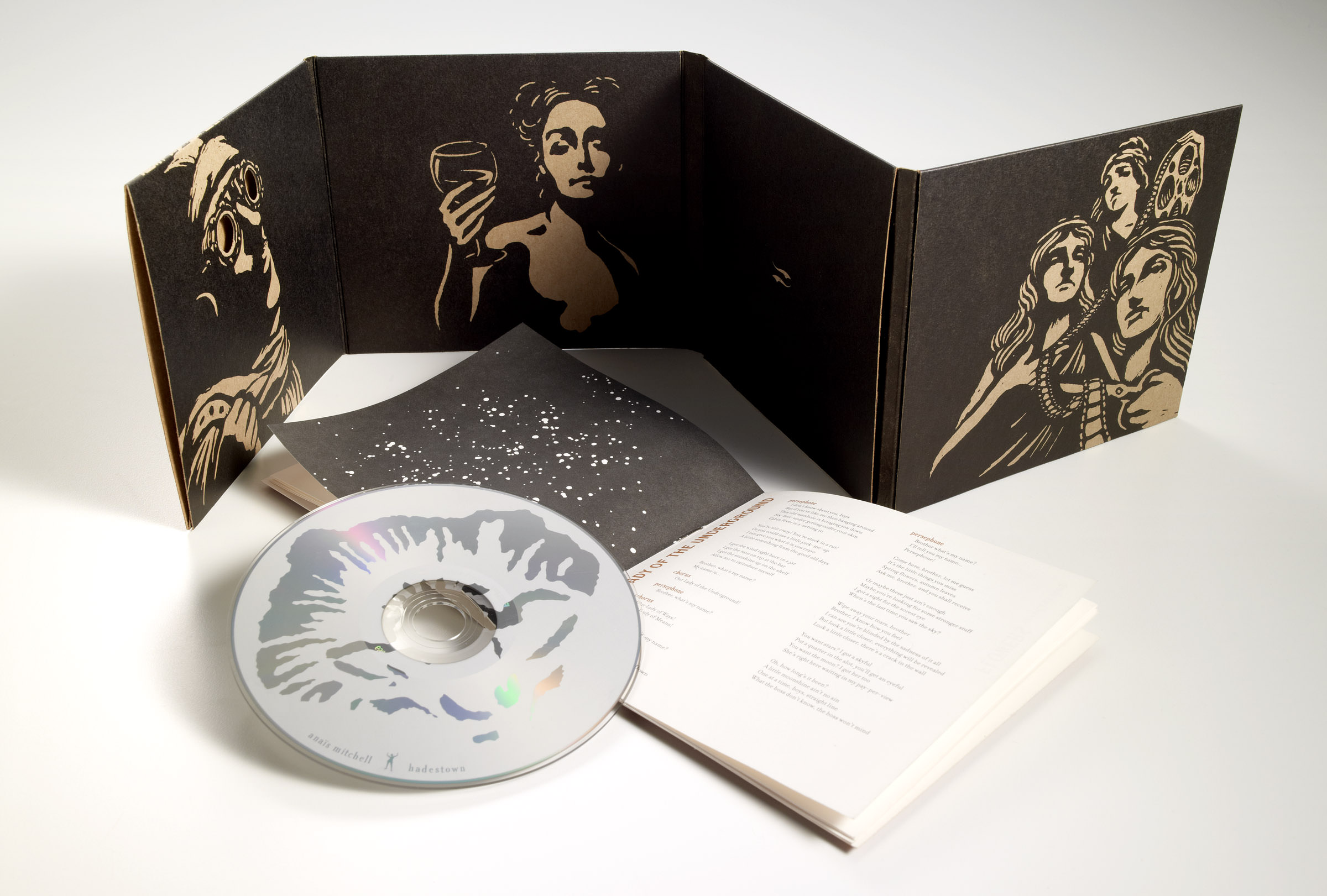 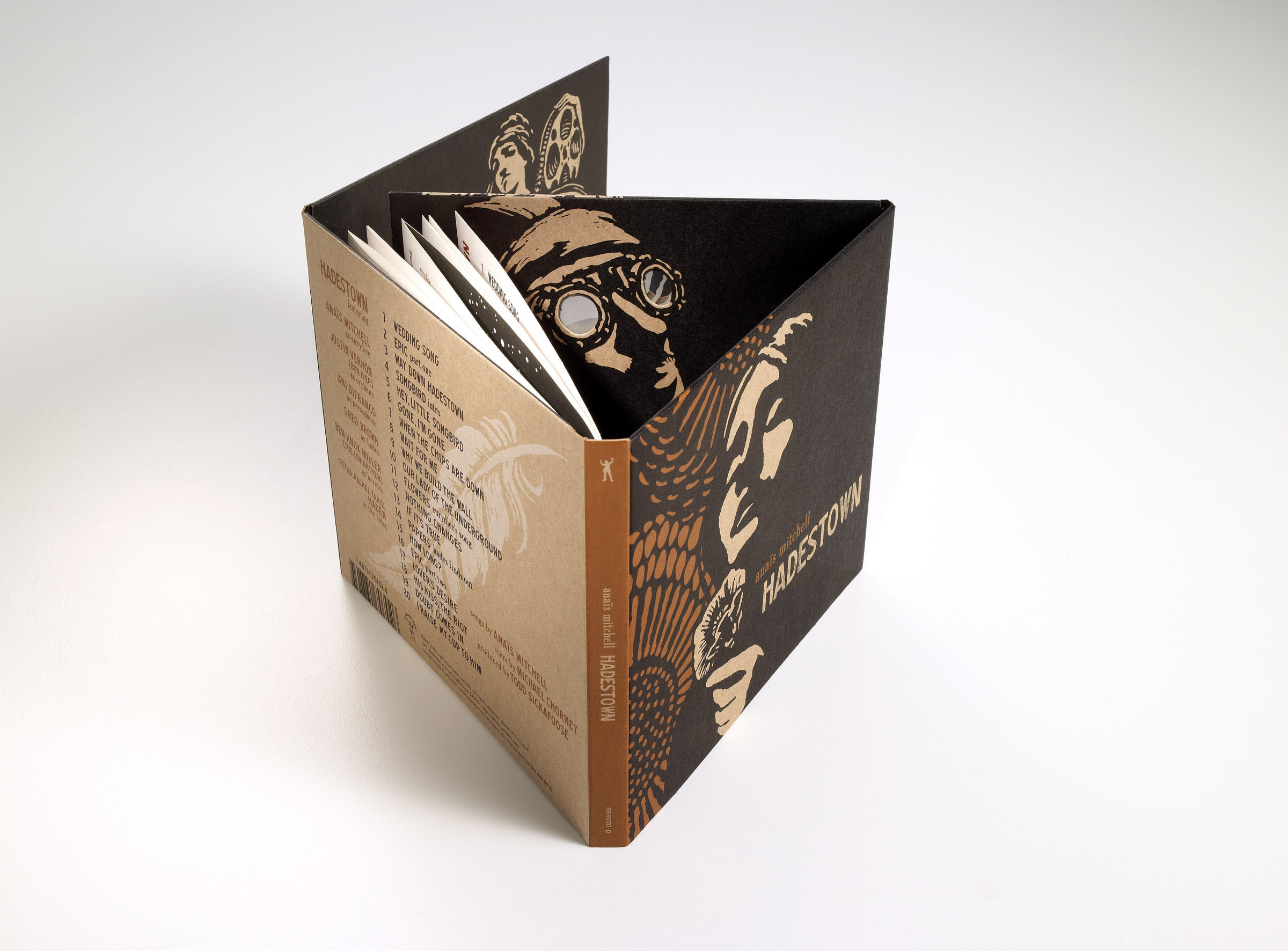 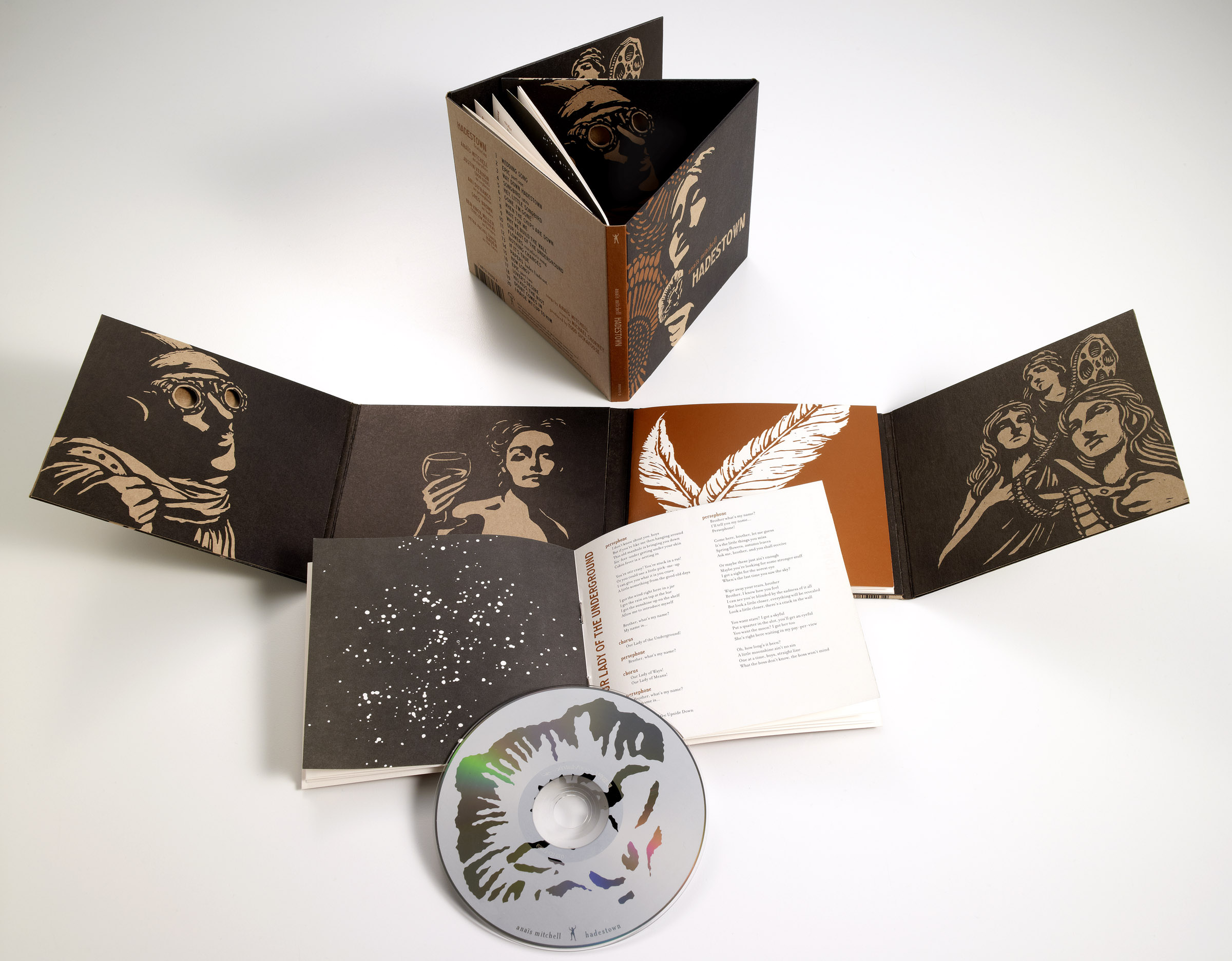