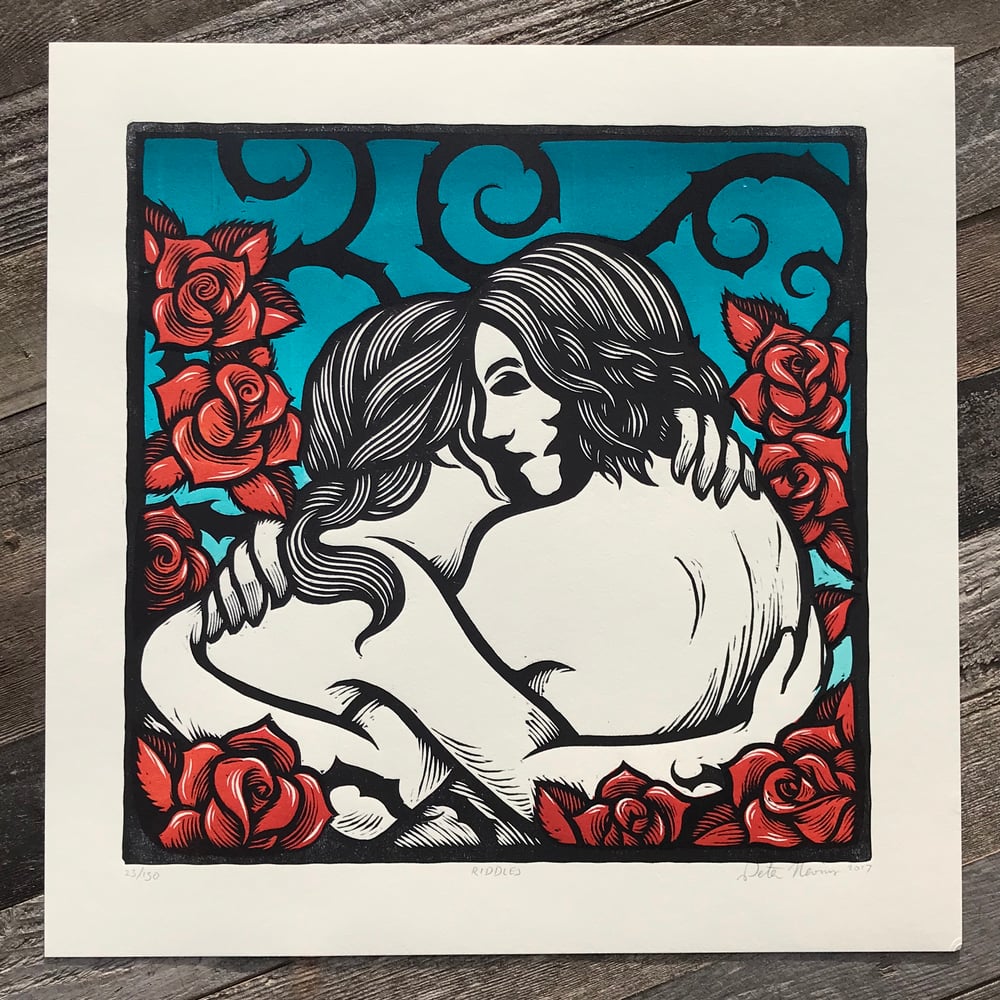 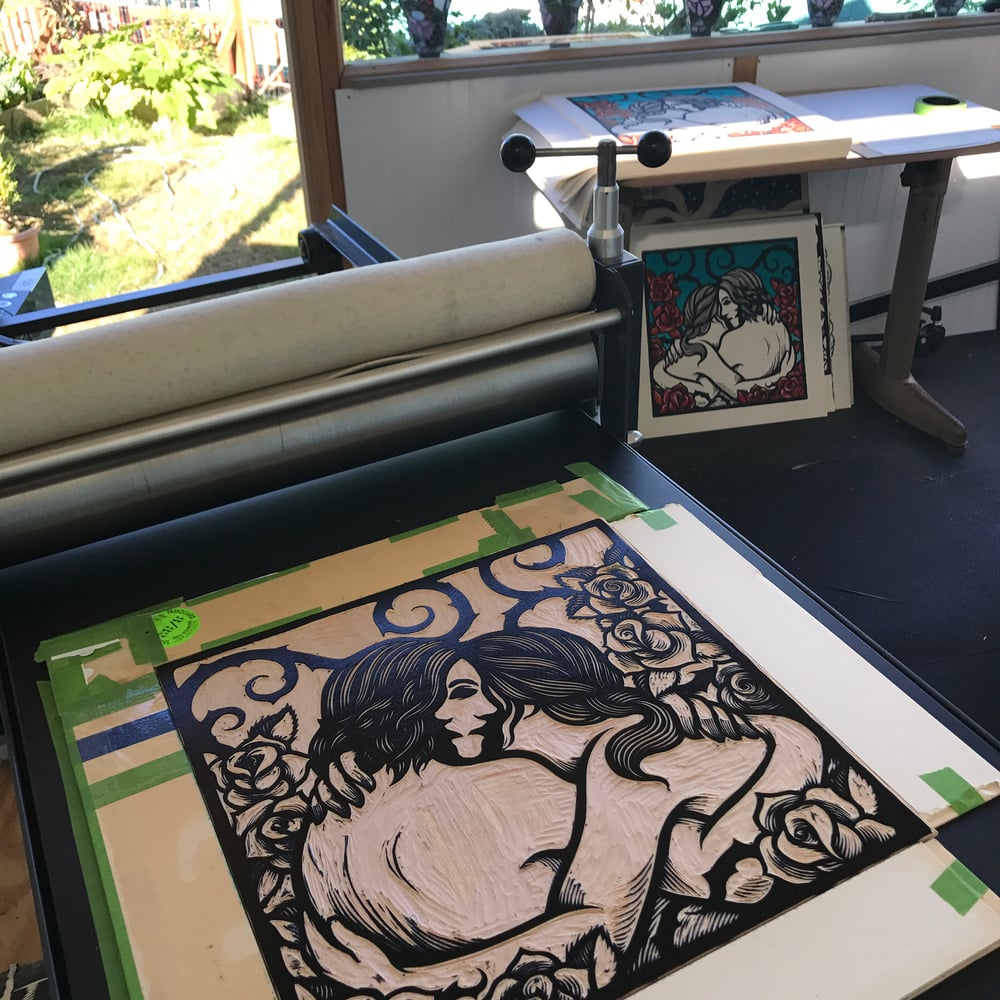 A couple holds each other in the twilight, her face overlapping his, or... his over hers. I still see it differently every time. The title comes from the song "Riddles Wisely Expounded," which is part of a series of folk songs that Anaïs Mitchell asked me to illustrate.

Anaïs and I collaborated on the style of the design and this image was used as the album cover for her and Jefferson Hamer's 2013 album, "Child Ballads."

Variants of the lyrics to this ballad go back at least as far as 1450, but the first known tune was attached to it in 1719.

From there, proceed her answers.

Anaïs Mitchell and Jefferson Hamer recorded their new arrangement of this song on their BBC FOLK award-winning album, which has 7 of the 300 or so songs collected in the 1890's by a Francis James Child.