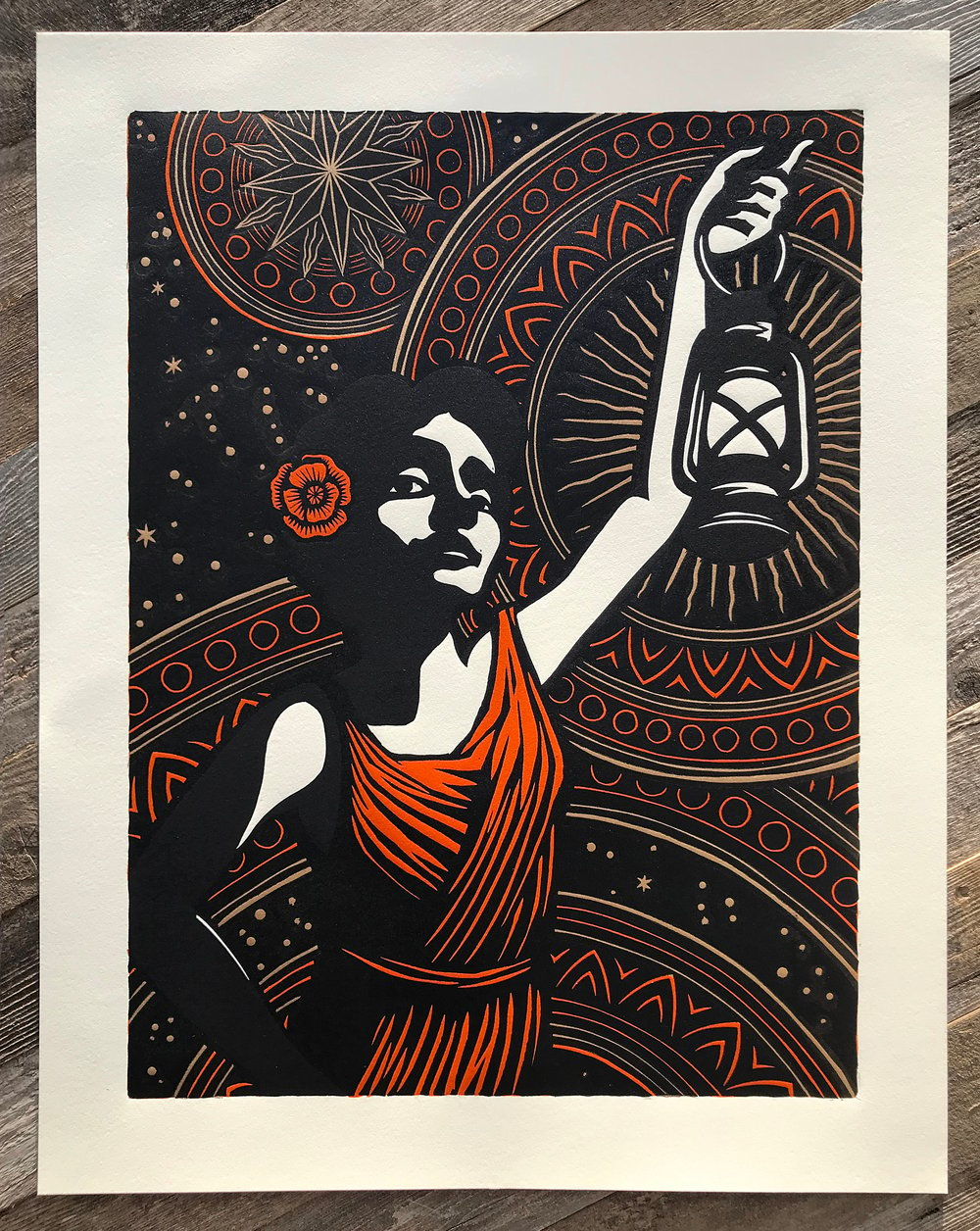 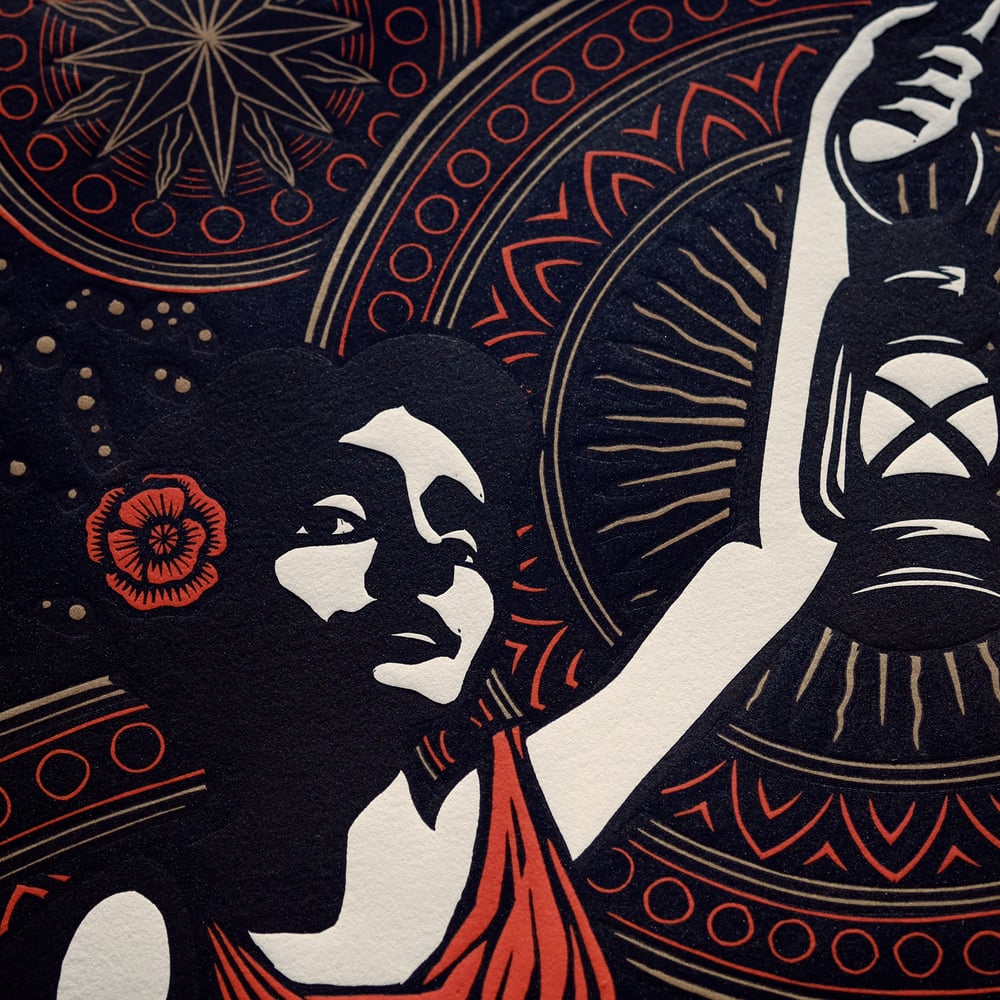 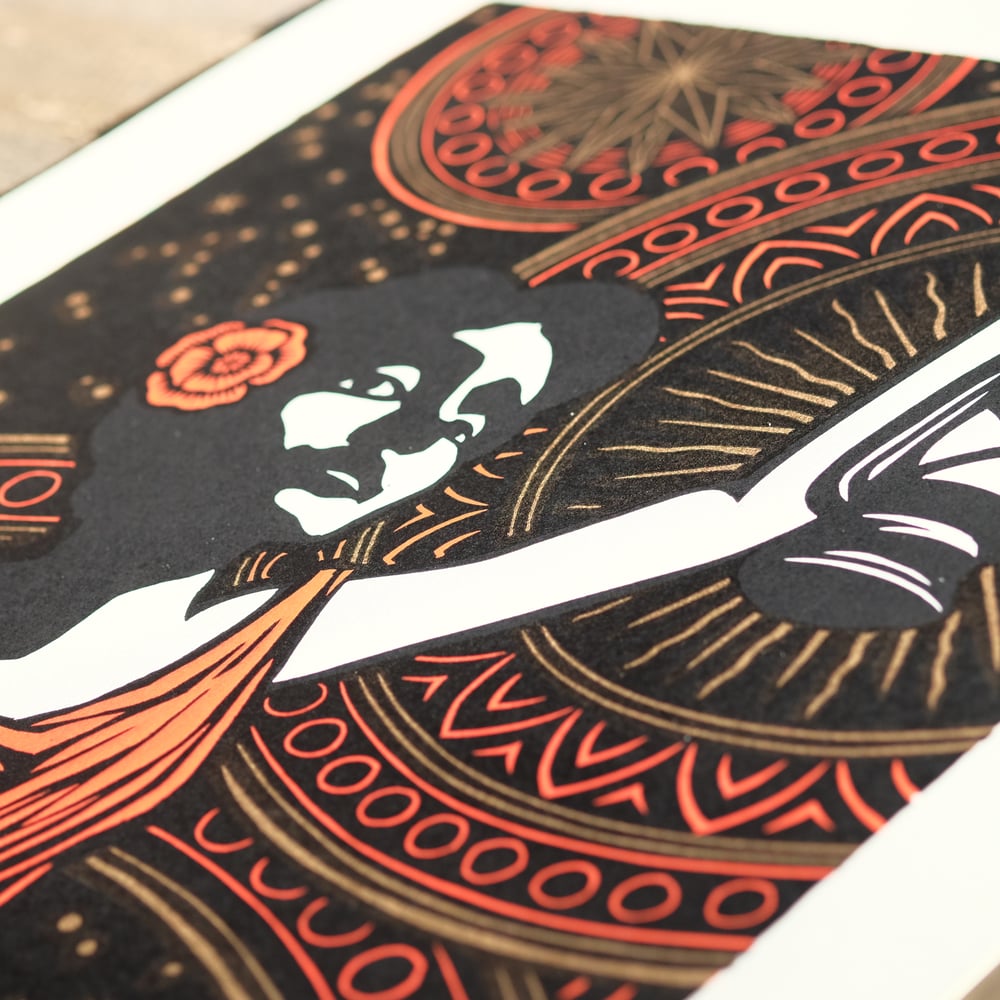 Lifting the veil, the lantern reveals the workings of the night. Bold black with poppy red and gold filling the starry wheels that make up the workings of the universe. Hired in 2017 by the Broadway production team for the new musical Hadestown that is exploding into the world just now, I worked for months trying to update and echo the original album art I did for Anaïs Mitchell's Hadestown record of 2011. None of this was used for the production, so ... here it is in woodcut!